i have an excuse this weekend. rain and thunder storms are expected Saturday morning and some rain Sunday
you never learn nothin by mistake if you're to careful
Top

dug through the garage, found the new window rubber! planning on pulling a window tomorrow and ill take it from there...
you never learn nothin by mistake if you're to careful
Top

used that to install the current windows. idk what's up but it left a shiny film that wont come off. then it dried and got flaky but still won't come off. and in some places got like a crystalized honey looking stuff on it that's a real bitch to get off. idk what the hell... will no doubt end up using it again though

well i popped out the driver side quarter window. oh man... not happy with what i found and im now dreading the passenger side window cause it's the bad one.
anyway, i didn't bother to take pic's of every step. but i used the cleaner/degreaser on it. then the rust converter stuff. and now the first coat of POR15 paint is flashing. it says to use at least 2 coats. im going to shoot for at least 3.
also got the new Cal-Look window rubber on the window. that West Coast Metric rubber fits awesome. i held it up against the car and it's going to be a much cleaner look, im going to dig it.

anyway i did snap a pic of the fist coat drying. ill update this post later with pic's. final paint, and with the window held in place (planning on reinstalling the window tomorrow afternoon)

edit #1:
taking longer to flash than i thought so here's coat #1 (the tape is where the old window rubber went to. im really hoping the new rubber lines up. i know on the passenger side it wont cause the rust is bubbling up past the rubber) 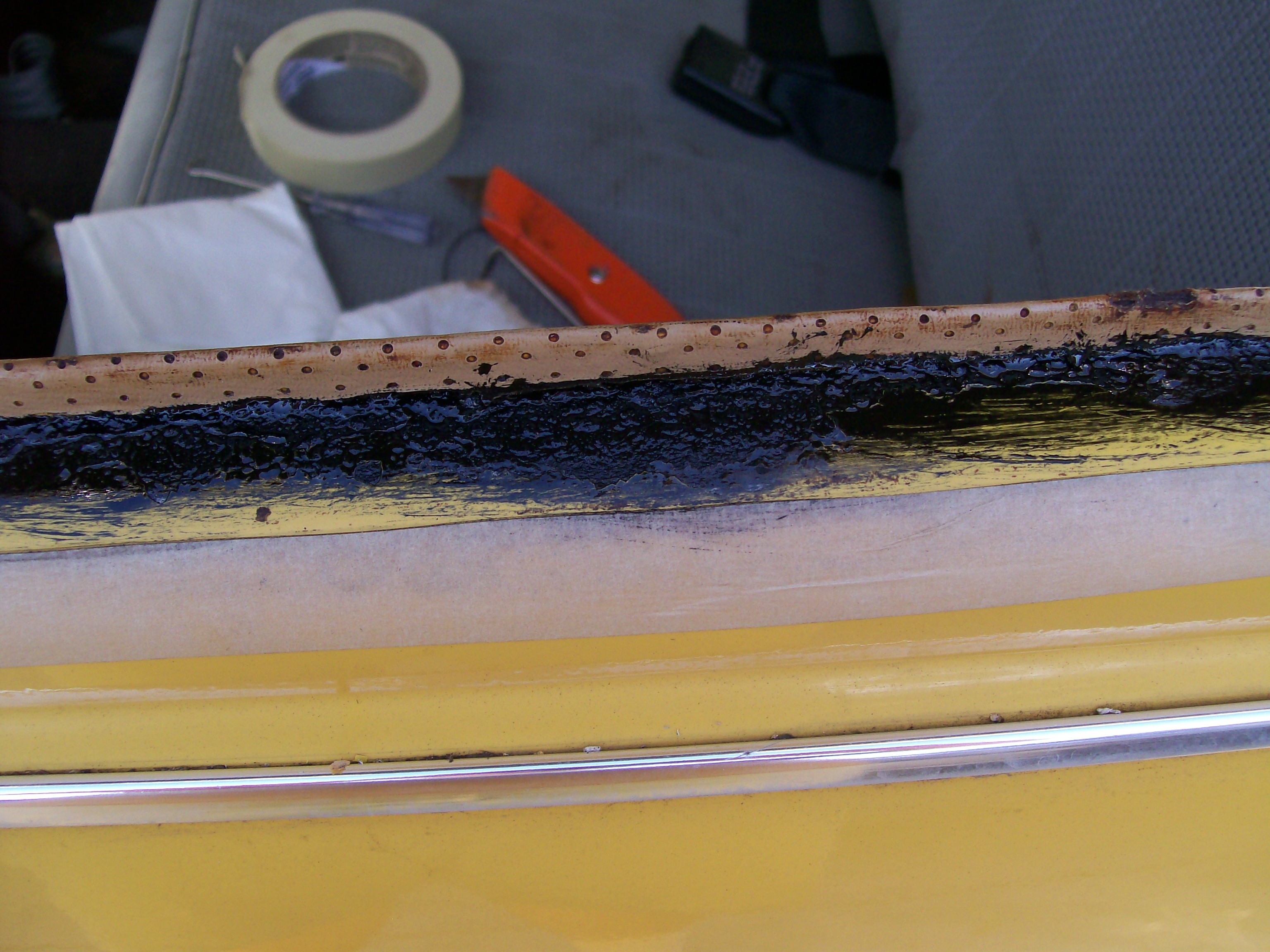 edit#2
coat #2. don't think it needs a third coat. it's fully covered and should be good to go. 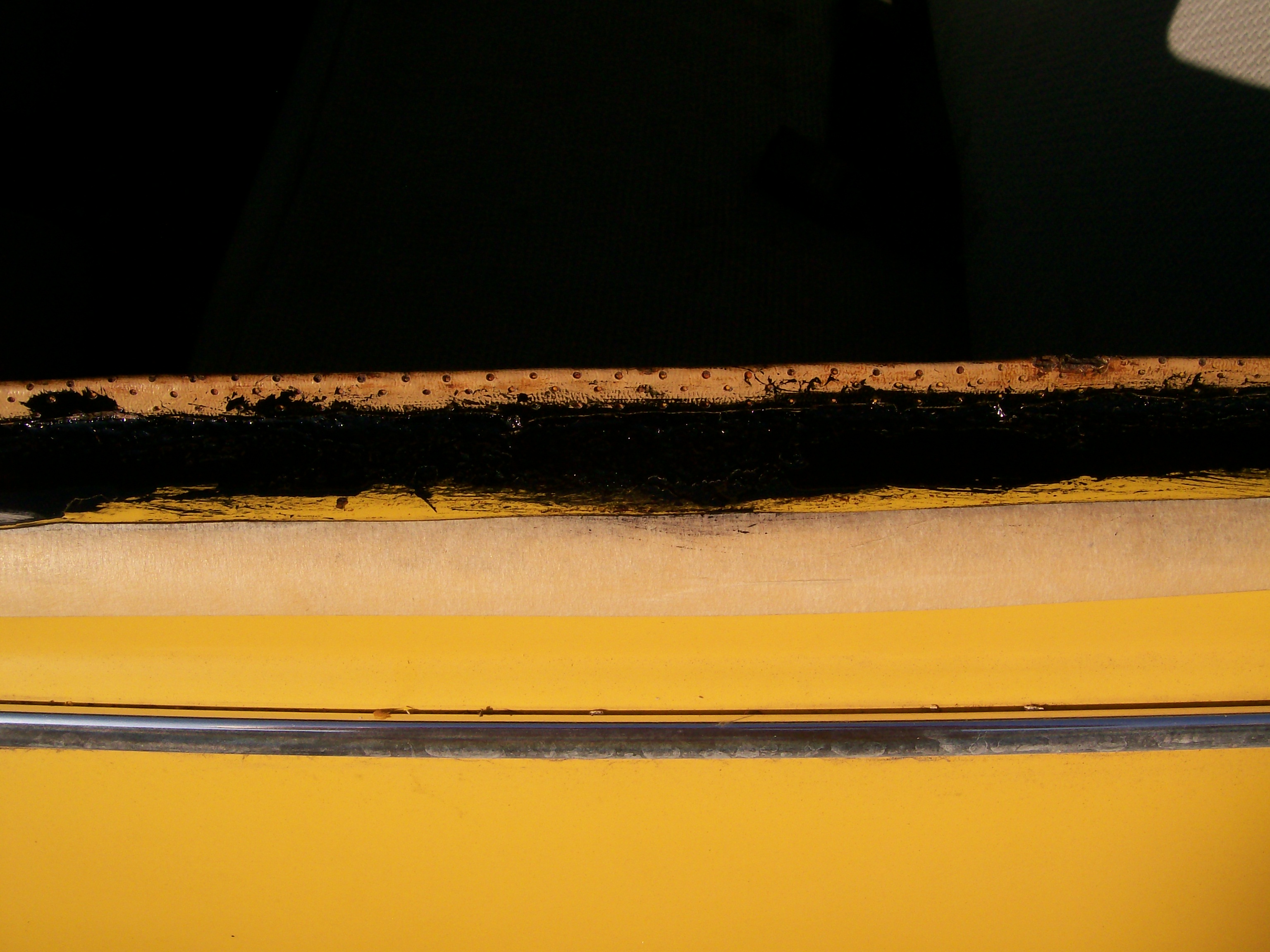 paints still wet so i can't show the window in the car, but here it is on the workbench 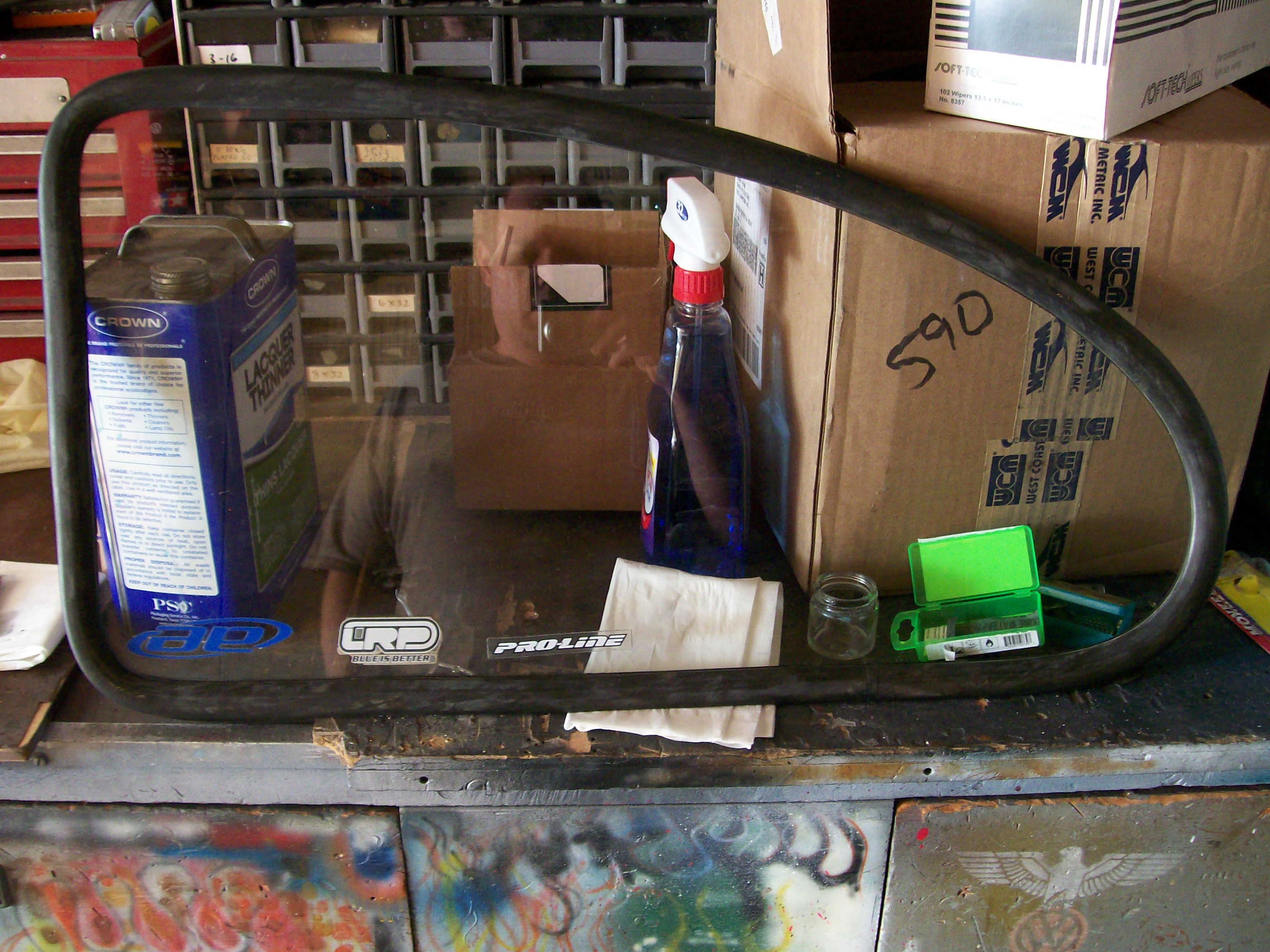 I want to make you feel better:

just got the passenger side window out and knocked off all the rust. hate to say it, but im actually happy with what i found. no holes! just lots of flaking crust and bubbled paint. im going to have visible primer spots around the bottom of that window but the fact it looked so bad but there were no holes has me not caring, it's a trade off in my favor.

as like yesterday, ill be update editing this post. zoned out and didn't take any of what it looked like before i went crazy with the wire brush and pick. but ill get one of what it looks like before cleaning, treating and painting. 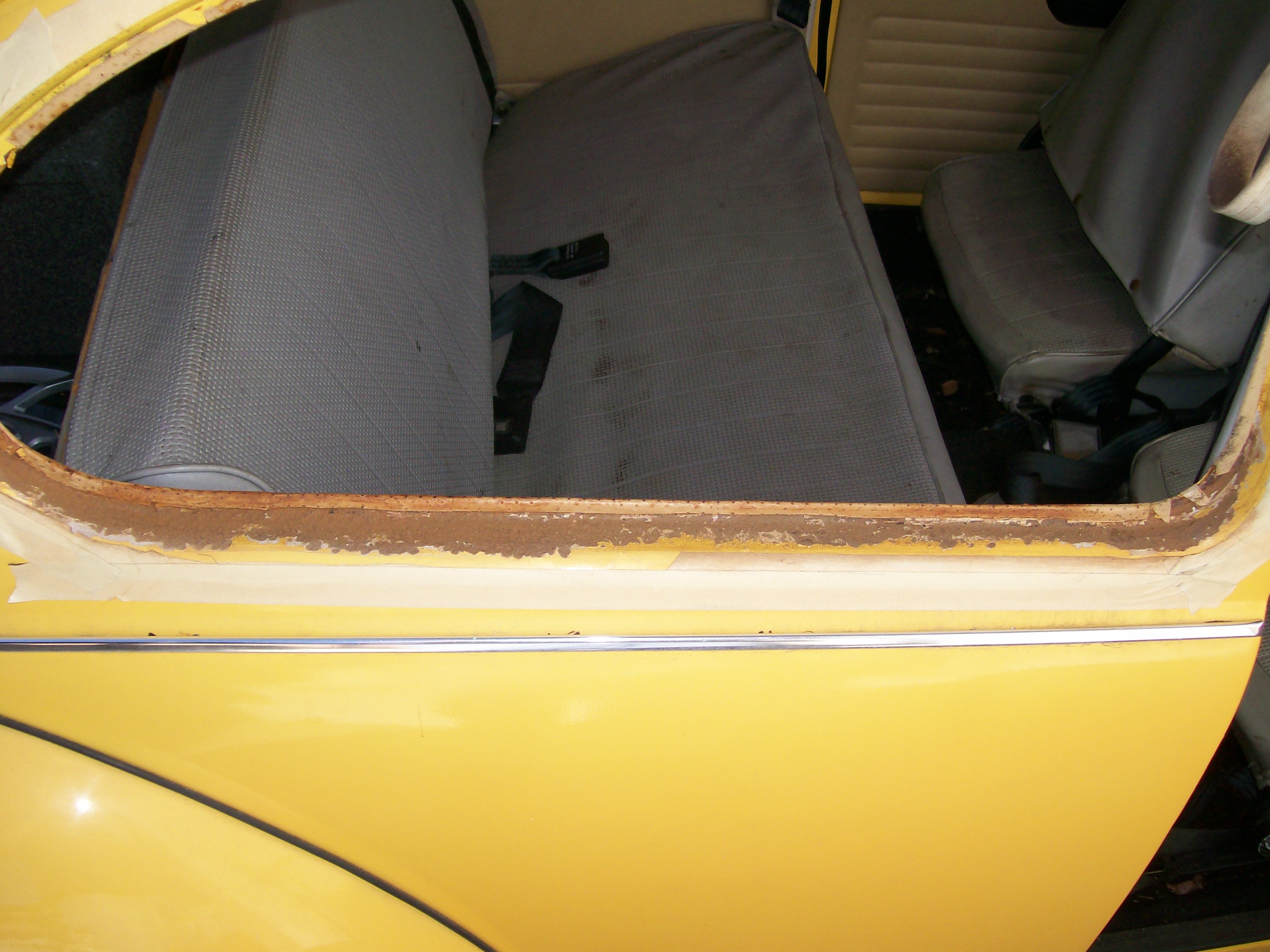 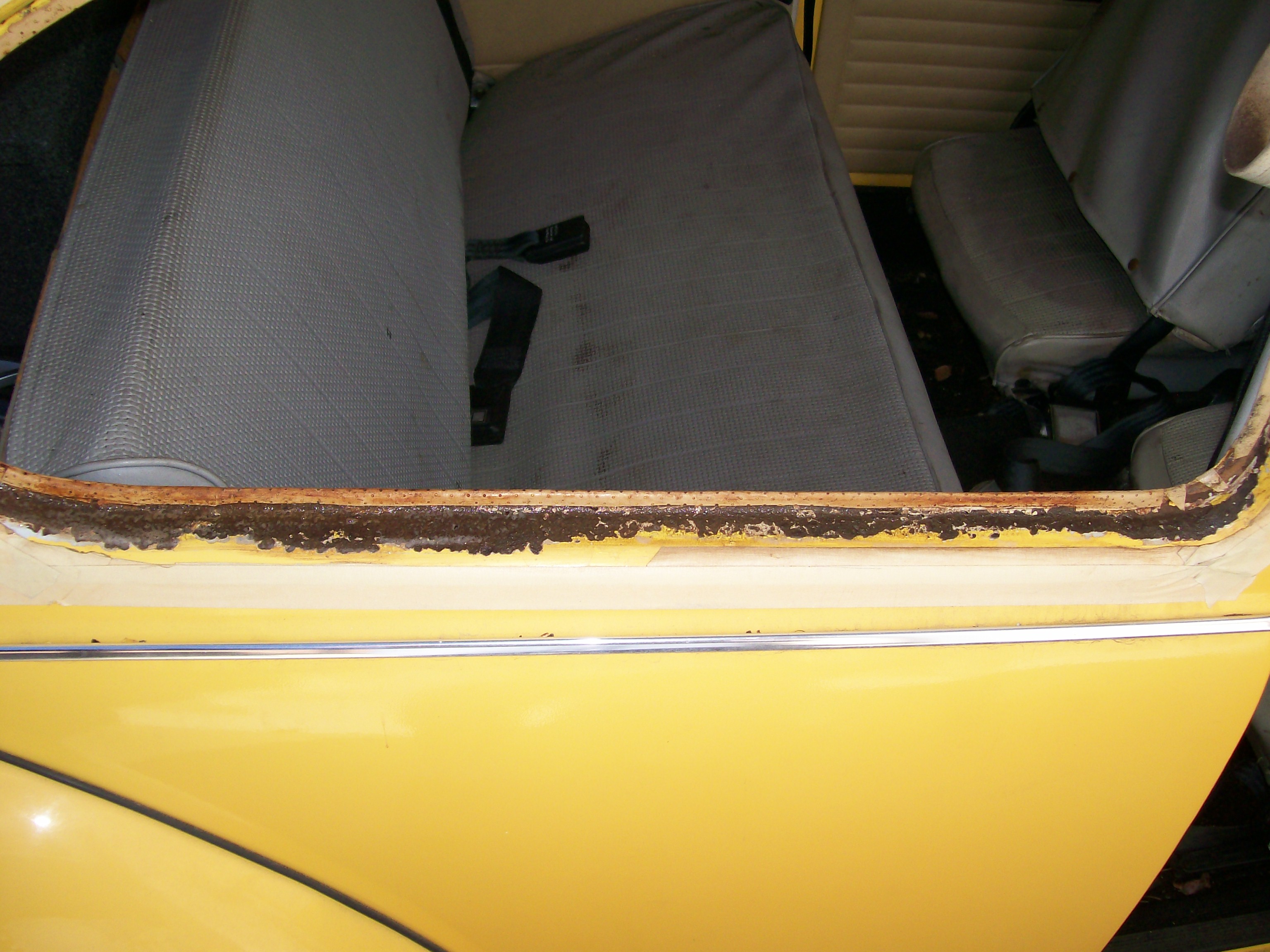 here is a close up of the damage 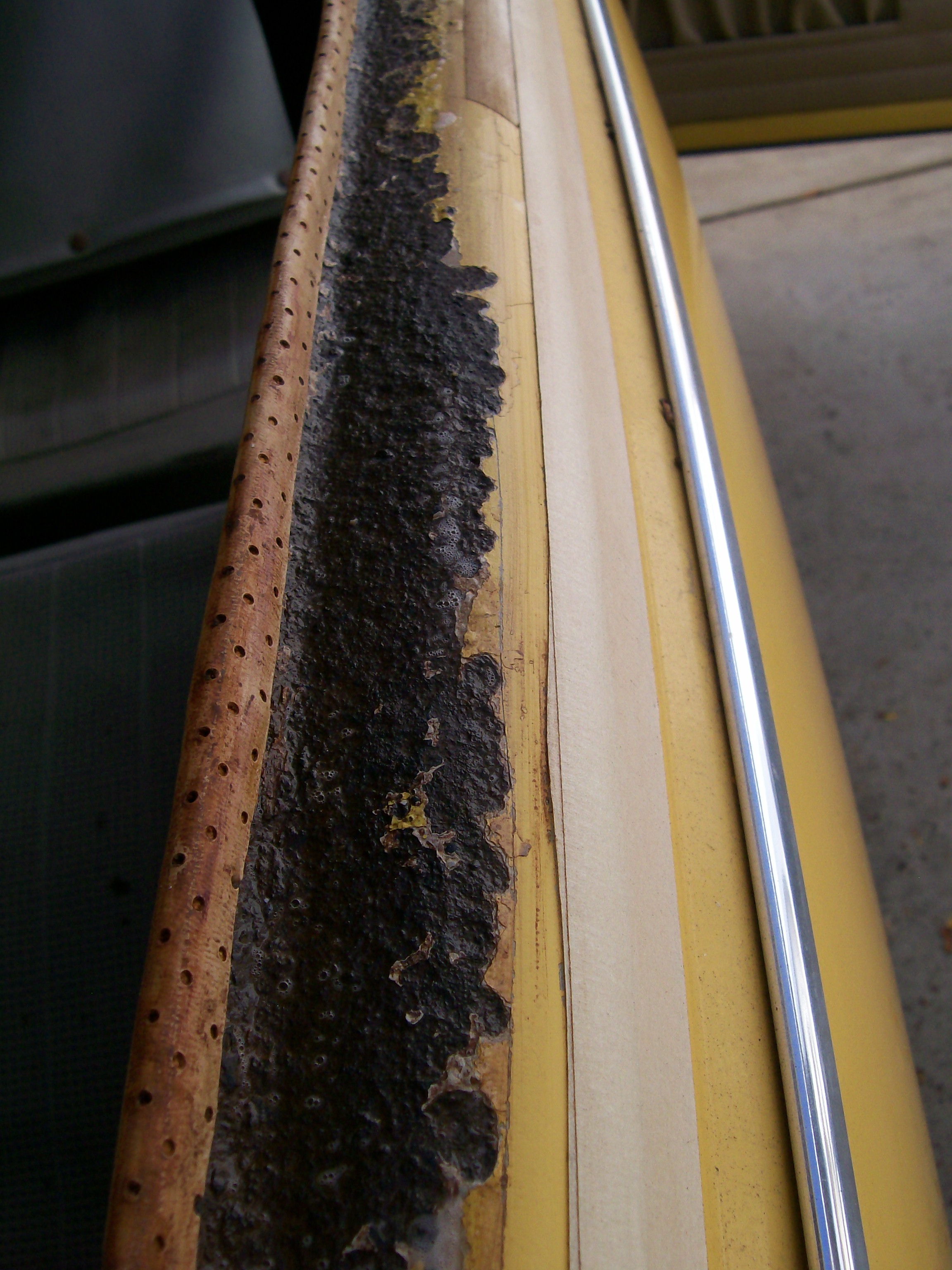 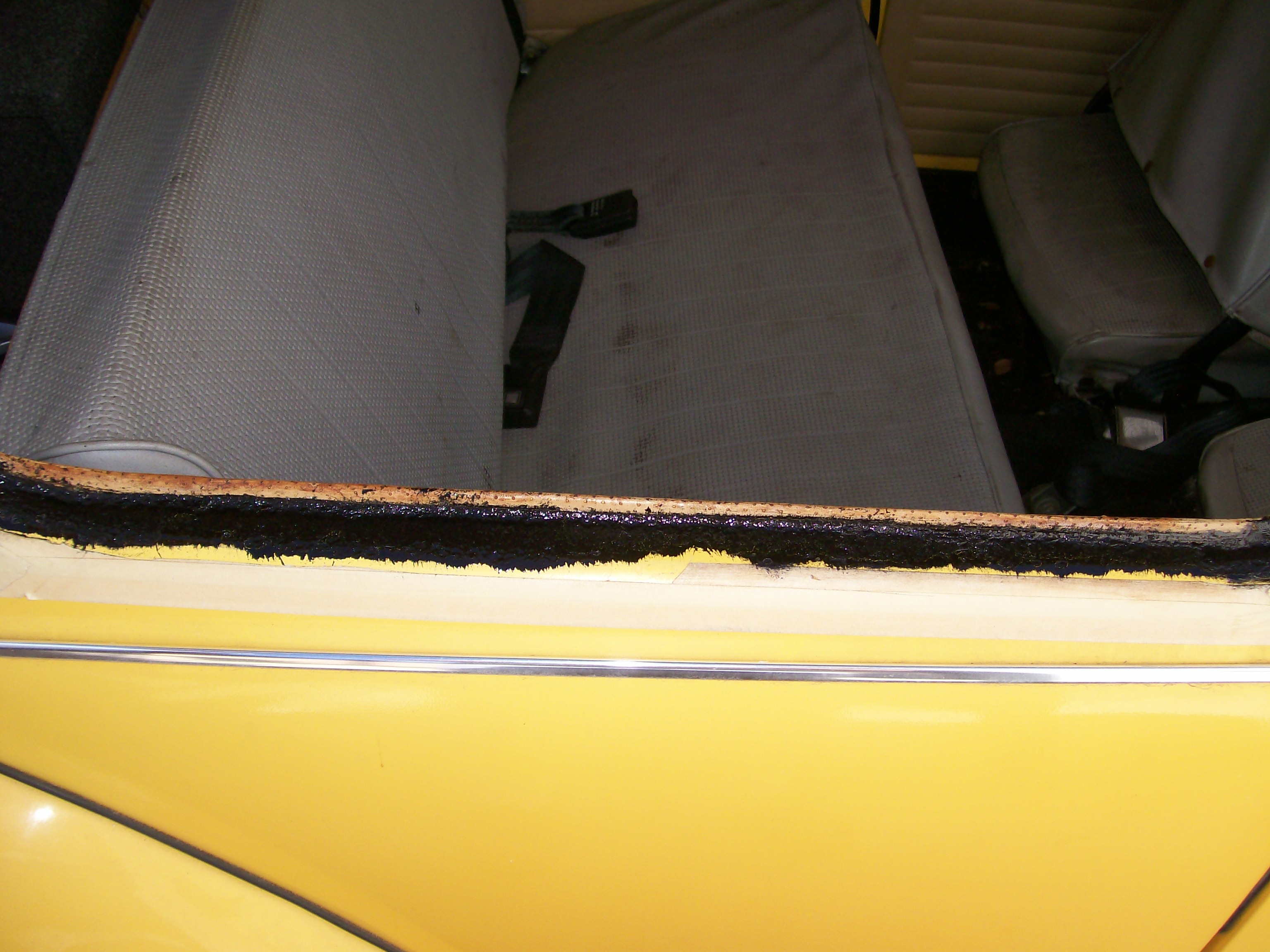 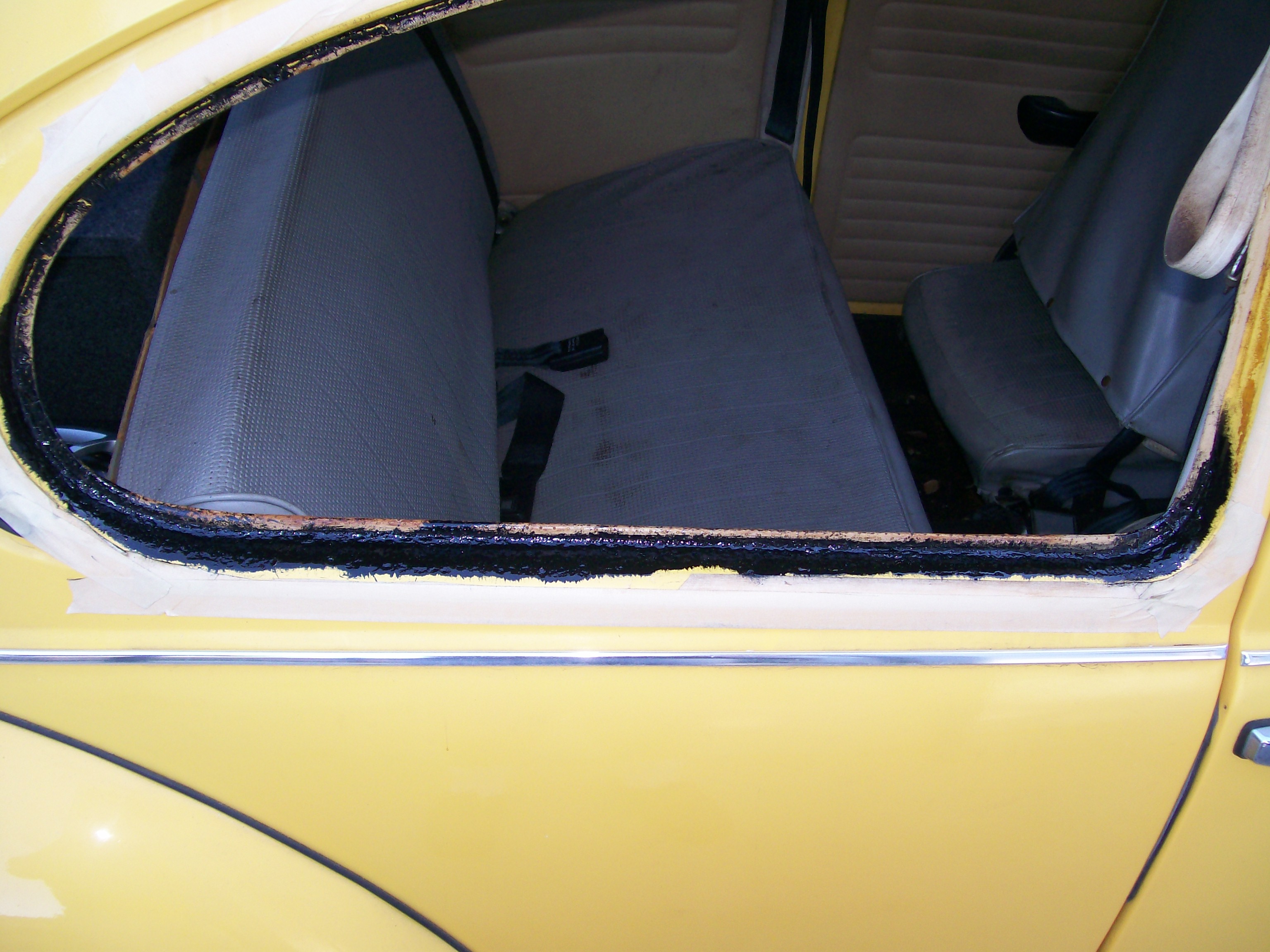 and here's the driver side window held up in place 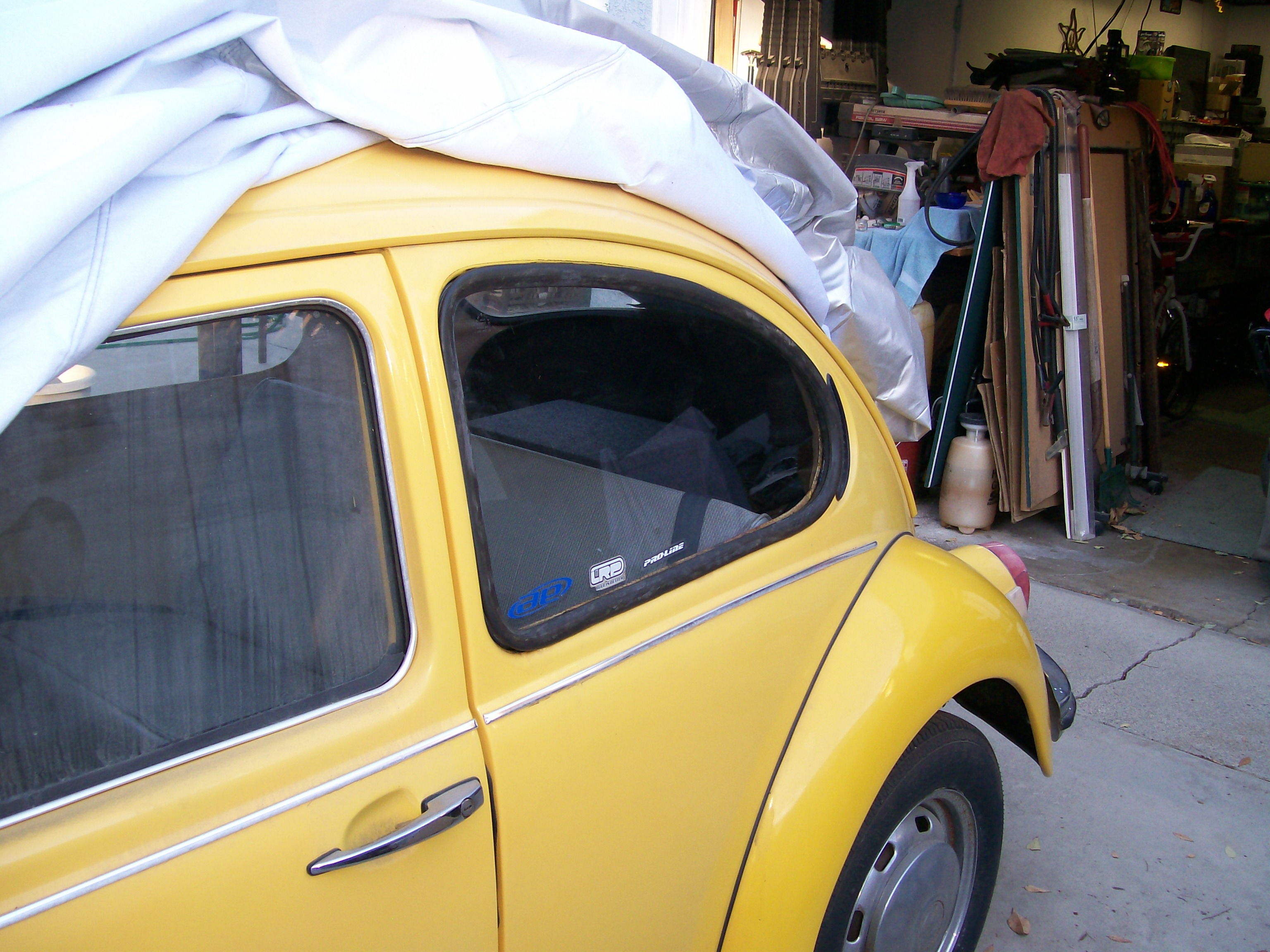 ok i am sooooo not doing the back window this weekend. nothing is cooperating today. im spilling shit all over. dropping everything on the floor and to top that off the damn can of primer wont spay, the can itself is clogged. so i got pissed and punctured the can and dumped the primer into a jar and broke out my air brush and got to spraying. coat #1 is on.

i did get the the idea to use the air brushed to paint over the primer. i still have paint.... idk...


edit:
so the driver side window is in and looking CLEAN! 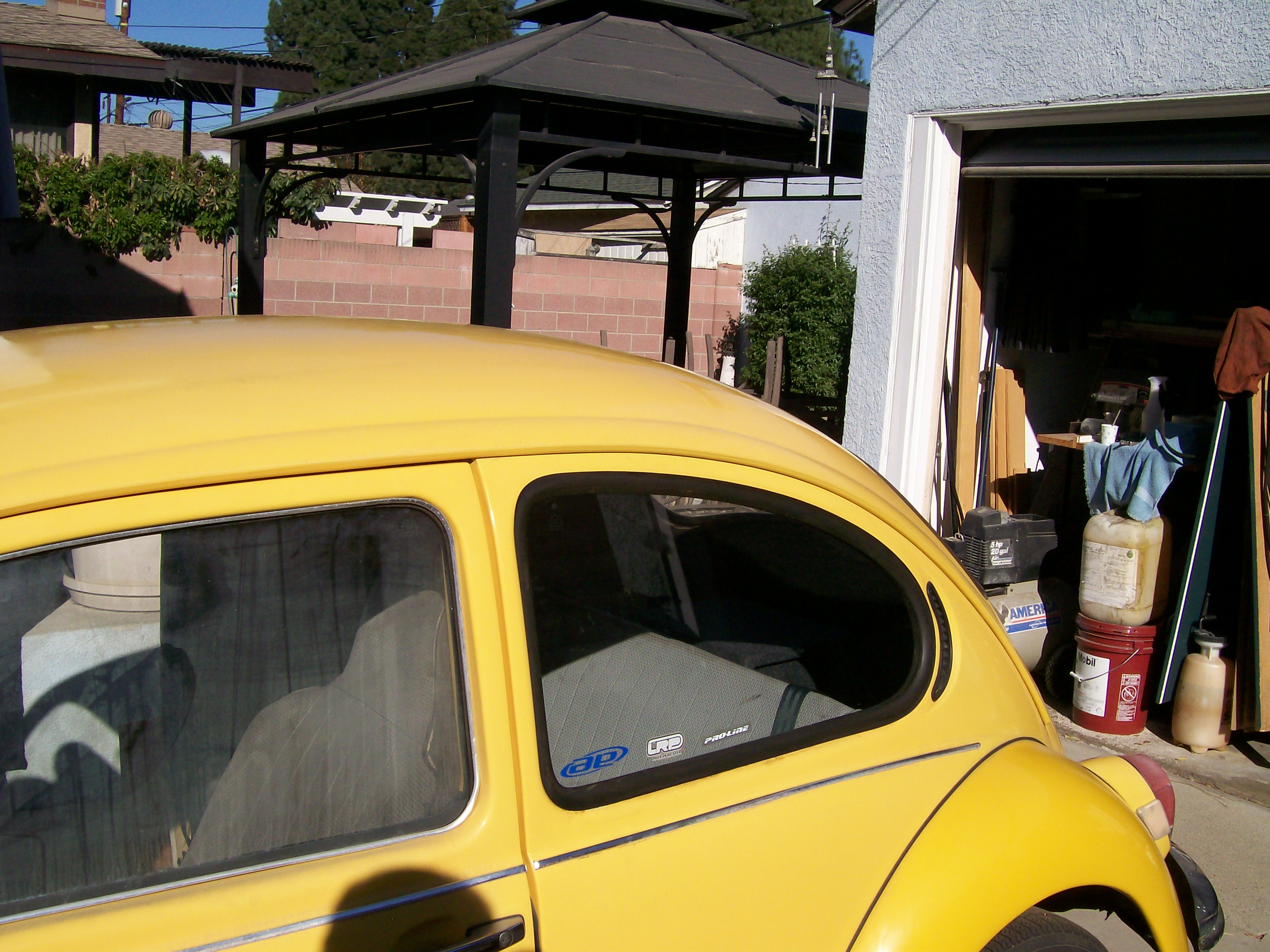 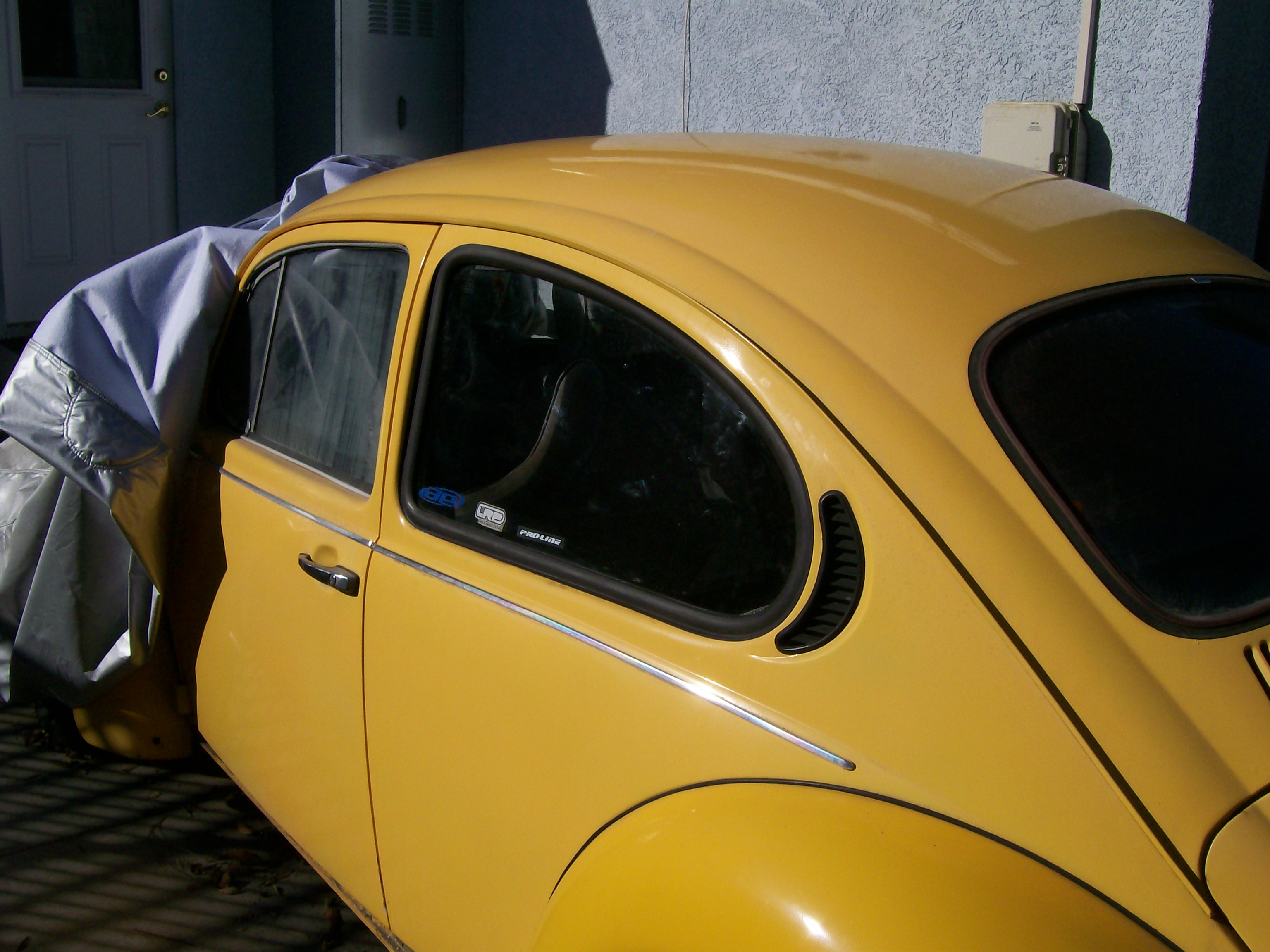 here's where the passenger side is. i decided im am going to mix up some paint and airbrush blend it the best i can (if my paint and clear is still good). so this window isn't going in this weekend. 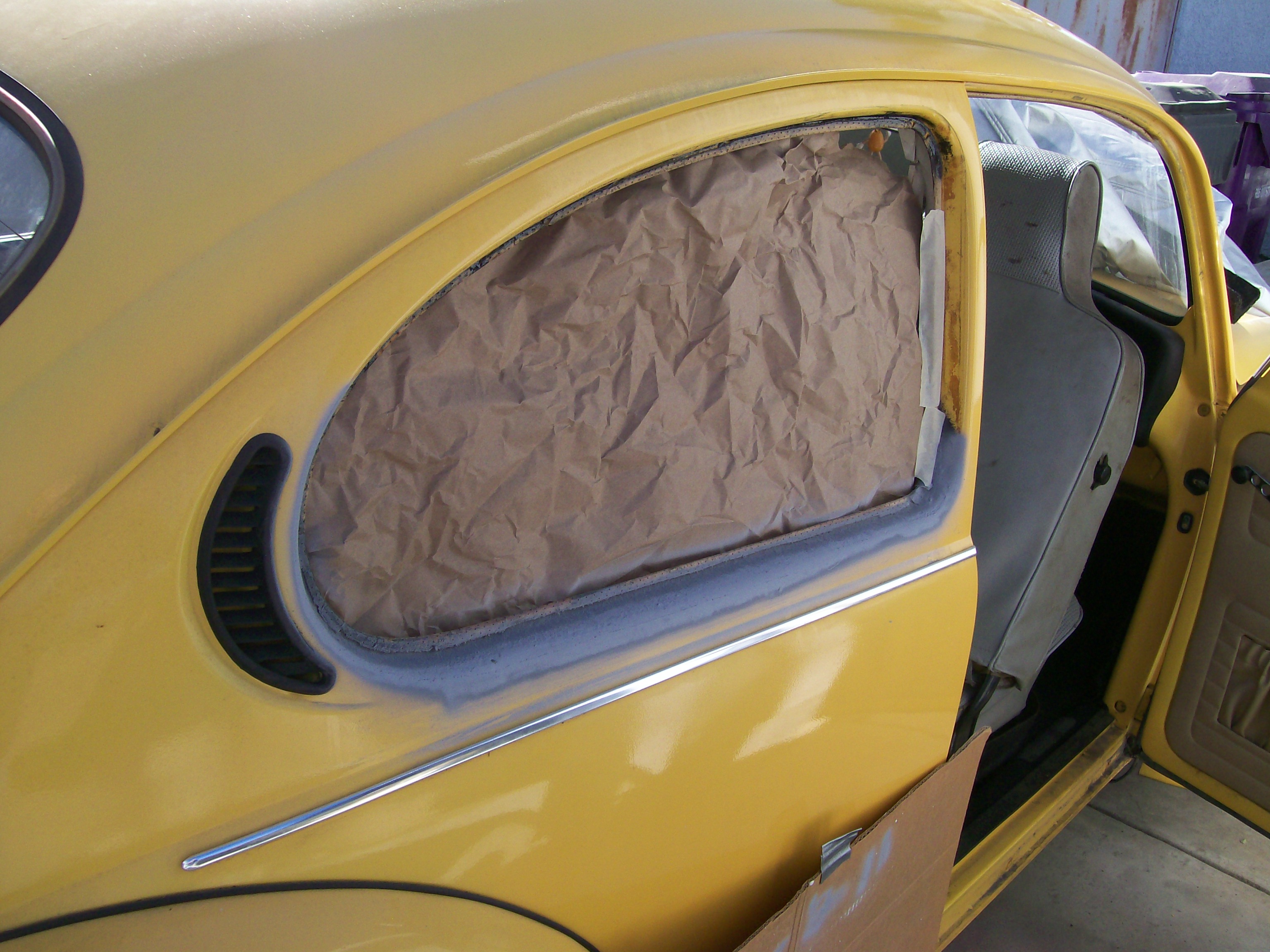 and im not doing the back window this weekend. but here's what the damage looks like right now 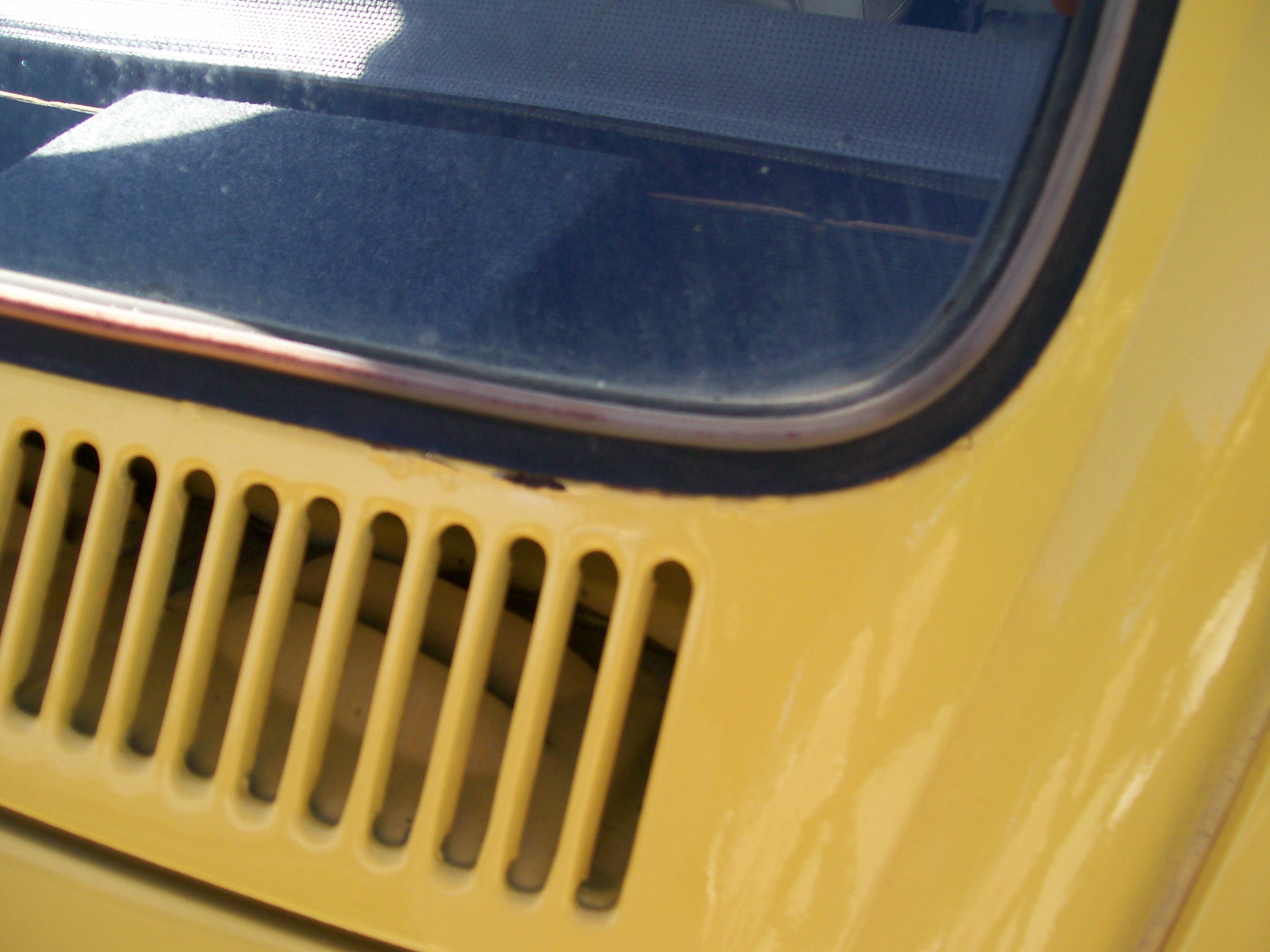 not ideal, but butter than primer showing. and better looking that i thought it would be
airbrushed basecoat. after it flashes ill clear coat it 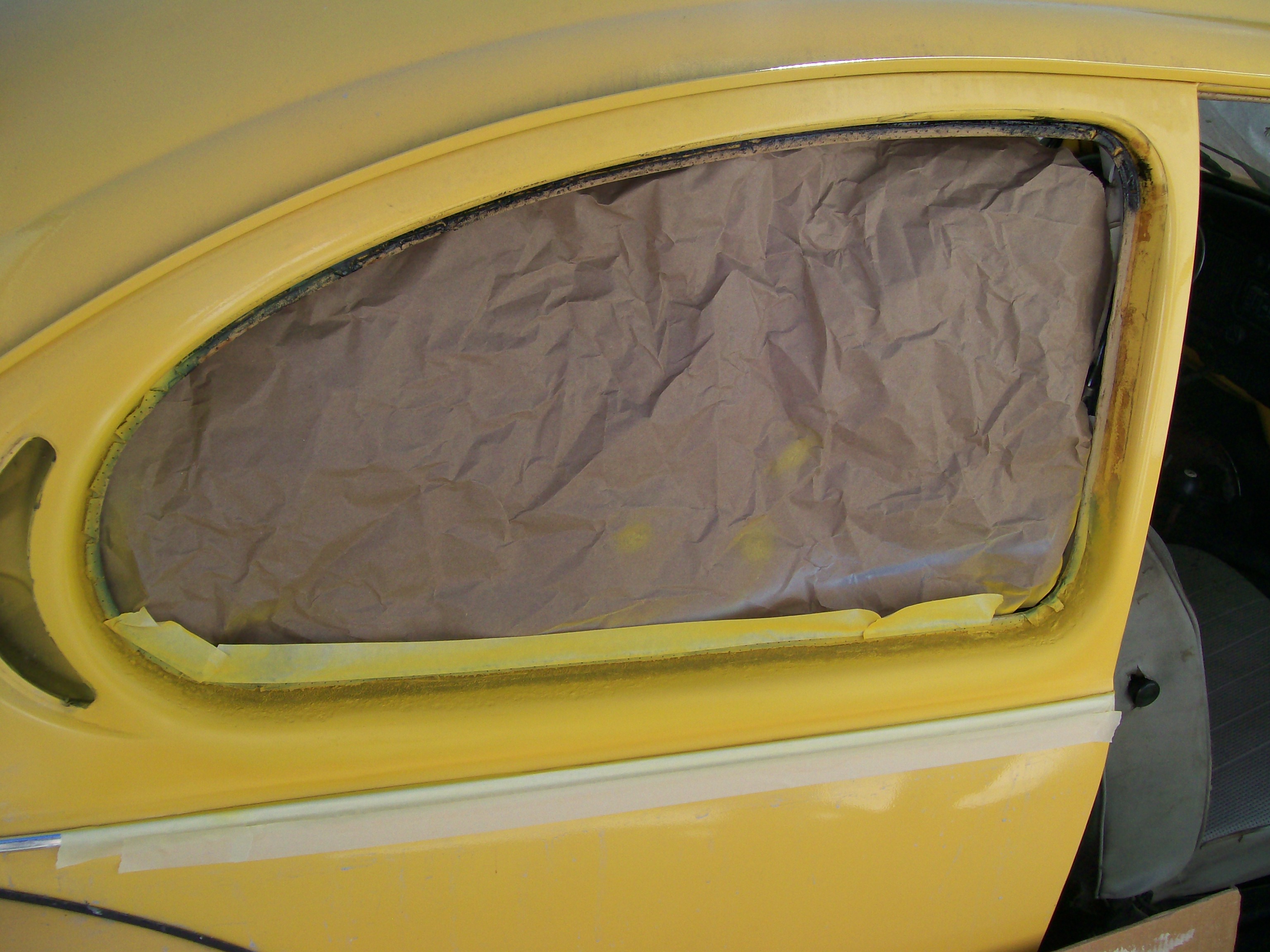